Let’s chat all about Hashtags!

Talking about hashtags really makes me feel old because when I first started using them it was on a platform called IRC. If you know, you know but that was a great platform.

IRC used “hashtags” to label similar groups on the platform so it was much easier for its users. When it comes to social media and how we use it today, Twitter was the first player in the game and even in the early days they didn’t start out using hashtags.

That was one of the issues I had when I was with the Beer Store and using that platform to try and generate traffic for our bottle drive events. Shortly after I adopted hashtags and used them to help spread the word, our account grew.

Today, hashtags are an incredible way to be seen and get your message out to the right people who you want to market to. Depending on the platform you’re using however, you will need to adjust that strategy. As an example, you can use up to 30 hashtags on Instagram and even though you can have that many on Facebook, it’s not something that will work as well.

Let’s take a look at the different platforms and what a best practice is for them.

When it comes to the topic of hashtags on Facebook, talking to marketers about this is like asking if pineapple belongs on pizza. Some swear by it and others refuse to use them. Either way the topic can become heated.

From my experience I have tested using everything from 1 to 3 per post to not having them at all and I haven’t found a difference in reach either way.

Do they work? The short answer is yes but it will depend on your market and who you want to reach. From my experience, they don’t work for my target audience but if you want to use them there is research that shows using between 1 and 2 per post will help get eyes on that post. Anything more than 2 and at the absolute most 3, the reach of your hashtags drops significantly.

Another way that hashtags have been used on Facebook is in groups. If you have a larger group and want something to be easily be found you can start the post with a hashtag. That said, you don’t need the hashtag as the search feature in the group will find what you’re looking for if you have a hashtag or not.

Should you use them on Facebook? That is up to you but I would suggest doing your own testing to see what works best for you and your audience.

Hashtags have been used in different ways over the years when it comes to Instagram but one thing remains the same, they are an amazing way to get eyes on your posts as well as help to get more engagement.

Heading into 2021 one of the best strategies to use is to find targeted hashtags and lose the hashtags that don’t have as much relevance just to get eyes on your post. That comes down to reaching your target audience, the more relevant your hashtag the better the chance you’ll get more engagement and traffic.

Personally I find adding the hashtags in the first comment  is the best practice as it will separate them from the post so your audience will be able to see your story and message a lot better. If you’re using a scheduling platform, that may not be possible so you may want to use a string of periods under the copy to separate your hashtags. Using a scheduling platform like Loomly, you are able to add them in the first comment.

Taking IRC out of the equation now, Twitter is the original and the OG when it comes to hashtags and in the beginning, they didn’t even adopt using them. It wasn’t until 2008 that hashtags really became popular.

It’s obvious with the character limit on Twitter, you can’t use as many as you can on Instagram but when you’re tweeting, hashtags are a huge part of growing your account and getting eyes on your tweets.

This is why you want to have roughly 2 or 3 hashtags per tweet. That said, Twitter is like Instagram and the rest of the platforms in the sense that you want to have your hashtags targeted and not to open ended. Using a targeted hashtag again will really help to grow your account in your target audience.

LinkedIn is a platform that is similar to Facebook when it comes to hashtags but they are a little more widely used. Some marketers use them and others don’t but from my experience, you will get more eyes on your posts with them.

Using targeted hashtags here is a great way to generate leads in your target market as this is a much more professional platform and a great way to network with others.

What is your take on hashtags? Do you agree with what I talked about here or do you have a different approach when you use or don’t use hashtags? 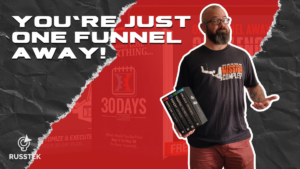 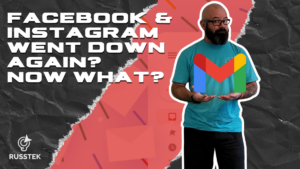 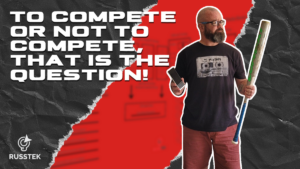