By now you have heard that US President Donald Trump wants to ban Tik Tok from the United States.

In 2018 a Chinese company ByteDance merged it’s app with Musical.ly and Tik Tok was born! Since then it has become one of the fastest growing social media platforms on the market.

Like Facebook Pages and Instagram when they first started, the algorithm is still very new and being on Tik Tok gives you a huge opportunity to grow your following at a rapid pace.

That’s not to say there isn’t a lot of bad on the app. Like any other platform, you have to be careful and watch what your children are doing. Just like anything they do on the internet.

Now, I don’t want to talk about the politics behind the reasoning for Trump wanting to ban the app in the US but that is a massive reason for it. You will also notice that right around the time of his announcement, Microsoft stated they had interest in buying the app among others.

Let’s talk about the facts surrounding Tik Tok. As Trump claims, he wants to ban the app because he doesn’t want China “spying” on the US. Something you aren’t seeing a lot of however is the fact that all of the data is in fact stored in the US with backup servers in Singapore.

The other thing to consider is Tik Tok is really trying to work with the US and has appointed Kevin Mayer, a former Disney executive as its CEO and is looking to hire another 10,000 more people to work with it’s US team.

I will close with the fact that we are in a digital age and no matter what device you use as your daily driver, Android or Apple and no matter what app you have on your phone, from Facebook to Tik Tok to Uber. Your data is being collected and we slowly give our privacy rights away with each app we allow to run on our phones.

With all of that being said, there is so much good that comes from those apps, Tik Tok specifically with groups of individuals like JT Laybourne and Shawn Taylor who are on the app to spread love and positivity.

What are your thoughts? Do you have Tik Tok? Will you be deleting it or are you going to use that more and market your business on that platform? 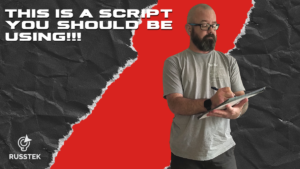 This is a script you should be using! 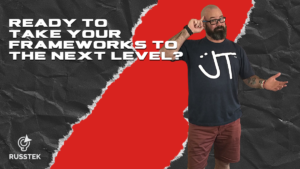 Ready to take your Frameworks to the next level? 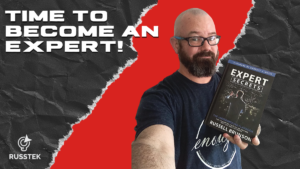 Time to become an Expert!

We Get It! As Entrepreneurs, we all Struggle Sometimes...

Download Now!
PrevPreviousJust One Funnel Away!
Next365 Days of content!Next